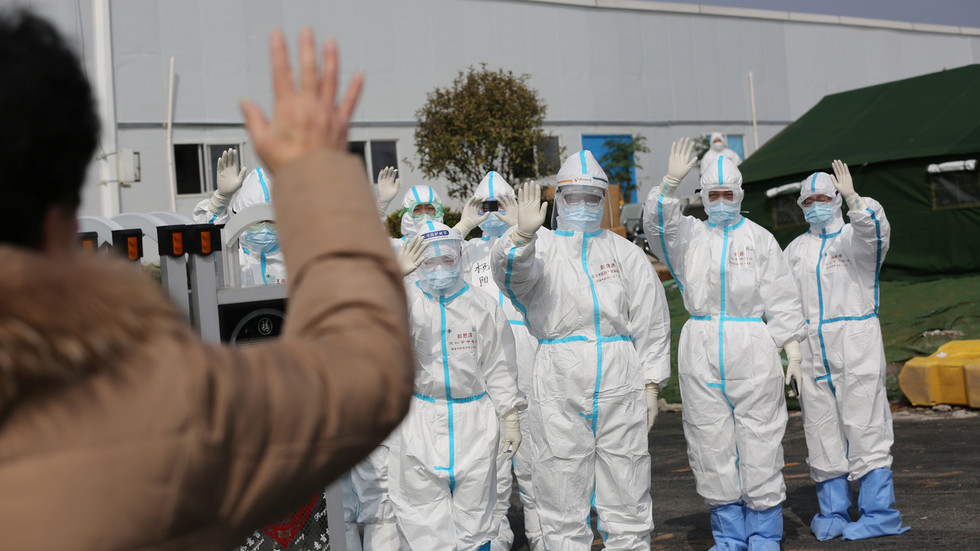 RT
FILE PHOTO. Medical personnel in protective suits wave hands to a patient who is discharged from the Leishenshan Hospital in Wuhan. ©China Daily via REUTERS

Caught off guard by the EU’s ban on medical exports, Serbia found help in China as it struggled to prepare for the Covid-19 outbreak, the Serbian president said, adding that it has become clear that European solidarity is a myth.

Starting Monday, Serbia has shut down all teaching facilities, mobilized the military to guard sensitive sites such as hospitals, and closed the borders to everyone apart from citizens. Serbs will have to remain in quarantine after coming back or face prison terms of up to three years.

“I say to foreigners: don’t come to Serbia, except for the Chinese who are called upon to come, their doctors, the people who help us,” Vucic said.

As of Monday, there are 55 confirmed coronavirus cases in Serbia, which has a population of seven million. Two of the patients are in serious condition. The virus has also reached other Balkan nations with the exception of Montenegro.

The health crisis has put EU cohesion to the test, as bureaucrats in Brussels and some leaders such as French President Emmanuel Macron pushed against border controls even as the epidemic spread like wildfire in Italy and Spain. On Monday, Germany reluctantly imposed checks and suspended visa-free travel on its land borders with five of its neighbors, drawing criticism from Paris.

China, where the Covid-19 epidemic broke out last year, has reported a slowdown of the spread and is rolling back the severe restrictions it imposed earlier. It is now offering its assistance and experience to countries that have trouble dealing with the disease.